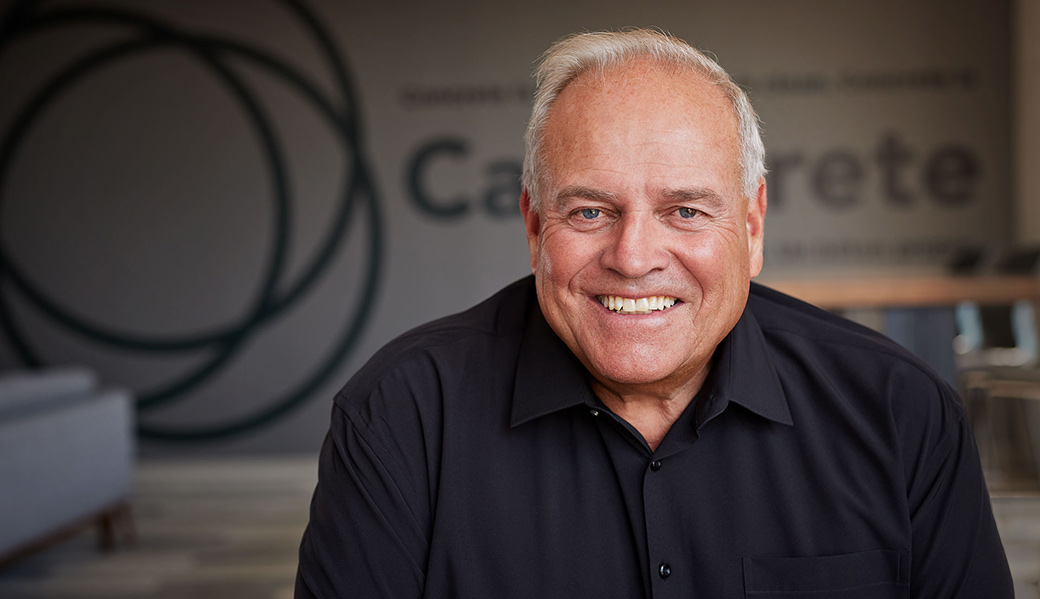 Montreal, September 19, 2022 – CarbiCrete is pleased to announce that Gary Belisle will take on the role of Chief Operating Officer.

Belisle has spent the last two decades as a senior executive in the concrete industry including six years as President and CEO of Permacon, Canadian Architectural Products Division. Permacon is Canada’s largest manufacturer of concrete products and part of CRH, the third largest producer of building construction materials in the world.

As CEO, Belisle was responsible for the restructuring of the company’s Quebec and Ontario sales and operations organizations, and led the acquisition of three manufacturing plants in Ontario, as well as a Quebec-based competitor with one manufacturing plant and three distribution centres. During his six-year tenure as CEO, the company experienced significant sales and profit growth. Belisle also spent eight years as Permacon’s Chief Financial Officer.

From 2013 to 2016, Belisle sat on the board and executive committee of the National Concrete Masonry Association (NCMA).

Most recently, he led the start-up of a fiberglass pool manufacturing division for Rinox, a privately-owned concrete products company. He acted as General Manager and Divisional President of the new entity, Aquarino Pools Inc. In 2021, he led the acquisition of Dolphin Fiberglass Pools, a well-established competitor based in Trenton Ontario.

Previously, Belisle served as Vice-President, Finance and Administration at telecommunications firm Elyps Dispatch Solutions, and as director of DMR Consulting Group’s SAP practice in Quebec and the Maritimes.

“This is a terrific hire for us,” says Chris Stern, CarbiCrete’s CEO.  “Gary is a rockstar in the concrete industry and our company is at a critical juncture. I am confident that with his many years of leadership experience, Gary will help propel CarbiCrete toward becoming the world’s leading player in carbon removal through concrete production.”

Belisle began his career in the Canadian Armed Forces as a Naval Officer specializing in finance and logistical support. He earned an MBA from the University of Sherbrooke, a Diploma in Management Accounting from St-Mary’s University, and a bachelor’s degree in Business Administration from the Royal Military College in St-Jean, Quebec. Belisle is also a holder of the CPA/CMA designation and has been a guest lecturer in the Carleton University MBA program.

CarbiCrete is a Montreal-based carbon removal technology company whose patented technology enables the production of cement-free, carbon-negative concrete made with industrial by-products and captured carbon dioxide. For every ton of concrete produced using the CarbiCrete process, 150 kg of CO2 are abated/removed. CarbiCrete was named to the Cleantech Group’s Global Cleantech 100 list for the second time in January 2022. CarbiCrete.com